As a Forty Plusser I sometimes have memories of my childhood years. I have happy moments, you know the normal memories like riding your bicycle, playing cowboy’s and crooks, and doing some mischievous kind of fun stuff.

Okay, but then there are some memories that I wish to push the delete button. Delete delete delete, but it is impossible.

I was the prisoner of Alcoholism
I am the daughter of an alcoholic father. About six months before he died we kind of made piece. (I was 22 years old). The day that he got buried I also buried my horrible childhood years as the daughter of an alcoholic father. I went to see a psychologist and prayed many evenings to forgive him. It was real hard, but I needed to set myself free from all the resentment.

So this is my perspective. How bad to admit this… When I was a child I was very ashamed of the fact that I did not have a “real”father. Yes, he was my biological father, but he never did the “father stuff”. He never hugged me, played with me, nothing. I looked at how my friends’ fathers gave them attention – you know that “Daddy’s little girls”moments. I could never really talk to someone about my alcoholic father. Other people’s lives seemed so perfect. My father was a “good person”when he was not drunk. Fact is: He was sober… like maybe 4 hours out of 24 hours of the day.

I begged him to stop drinking… I wanted a real father. But he was never nice to me, my brother or my mother. Alcohol was the number one priority in his life. He never ever told me that he was proud of my achievements. I tried to be the perfect kid…maybe that would make him stopped drinking… I became a real expert on pretending that I was this happy-go-lucky child. He always criticized us. I actually thought at some point that I was the reason for his drinking problem. He was a horrible husband(sorry to say).

When he was sober he would like to “apologise”for his behaviour…promised to never ever drink again… just to drink again a few hours later in the day… vicious cycle. This really confused me. He never ever told me or my brother that he loved us. If that is how love was supposed to feel… no ways! I honestly believe that this resentment and hatred that I felt towards my father contributed to my constant anxiety in my adult life. I have Bipolar but I do everything medical possible to have a “normal”life. At times I spike “downwards”out of no reason – maybe my childhood memories of my alcoholic father triggers my subconscious, I don’t know. If I think about him – my whole childhood resolved around him and his drinking problem.

As a kid I was never able to have like a “sleepover”for friends, because their was ALWAYS the possible, “potential embarrassment factor” that he might be drunk. As a teenager I NEVER EVER invited friends over. It was terrible. The absolute humiliation when he would passed out in the living room… You get the picture? So as a teenager I totally withdrawn me from friends. I was so lonely, but felt like nobody would understand. When I was a teenager I became more hateful towards his alcoholism. When he passed out I would pour out all the alcohol in the sink and put the empty bottles back to where I found them in the first place. I hoped that he could have amnesia to think that he had drank all the alcohol, but strangely he would remember exactly how much he drank from which bottle…

I was kind of popular in school, but when I strike my teenage years everything changed. I was just so ashamed. Most days I felt guilty(not my fault!!), unloved, and unprotected. O, the cherry on the cake was that he lost his job at some point! I did not even care because “dissappointment”already felt like it was part of my DNA. I am a daughter of an alcoholic father and it did leave a negative mark on my life! I think that I am sort of “knocked up”today because of all this. But life goes on and that is why I genuinely try to never follow in my fathers alcoholic footsteps. I often wonder how my life as well as my brother’s life would have turned out if we had a normal loving father.

O boy, how many Sundays did I sit in church, thinking that I was breaking that “honour your mother and father”commandment”!!! But the fact is that the past happened and you can do absolutely nothing to change it. I struggle to see alcoholism as an illness versus choice. Point is: My father could not help himself, nor did he want any help.

Today: The way my husband treats our son and daughter is amazing(that makes me cry…happy tears… so beautiful, so normal…I never had THAT). As a woman in her forties I no longer cry about my father’s alcholism. It kept me a prisoner for too long. I closed this chapter in my life (okay sometimes I still think of it). But is not consuming my whole existence anymore. Maybe you can find some closure as well.
Wisdom: “A man who drinks too much on occasion is still the same man as he was sober. An alcoholic, a real alcoholic, is not the same man at all. You can’t predict anything about him for sure except that he will be someone you never met before.”
― Raymond Chandler, The Long Goodbye

40 thoughts on “Daughter of an alcoholic” 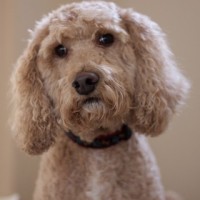 Copyright © fortysomethingheyhey.wordpress.com 2018-2019-2020 Unauthorized use and/or duplication of this material without express and written permission from this site’s author and/or owner is strictly prohibited. Excerpts and links may be used, provided that full and clear credit is given to fortysomethingheyhey.wordpress.com with appropriate and specific direction to the original content.
DiosRaw

Love Is The Answer

Change is the chance to do something really great

Splendid architecture, the love of your life, an old friend... they can all go drifting by unseen if you're not careful.—Ian Mckellen

My Thoughts My Prayers My World

me and my thoughts

your thoughts judge your character